Bugs. Just bugs. In my house. Lots of them.


I'm from Texas. We have significant bugs in Texas. But we also have sealed houses. There is a/c everywhere, and we wouldn't want to let the "bought air" out. Having air-tight houses limits the amount of bugs that come inside (though someone from a less bug-infested environment might not believe that). We leave doors and windows closed (or we have screen doors and windows for fair weather, to keep out the bugs).

Living in Kenya is a different story. We keep the doors open during the day to create a breeze through the middle of the house. Our windows don't close completely. Some of the glass slats are actually missing. Our last house didn't have glass on the windows at all! Or ceilings in some rooms. It was almost like living outside.


In this house, we work hard to keep the outside out. Where "outside" means rain, dirt, and bugs. And snakes (we did have a snake inside once). And mice.

The bugs weren't quite as bad (except for mosquitoes, ants, and cockroaches) at our house in Bamburi, a more urban setting. Here, the outskirts of Kilifi, is semi-rural. We have close neighbors, but we also have undeveloped land the same distance away. However, the mice were worse in Bamburi.

Screens on the windows keep mosquitoes out for the most part. We still sleep under mosquito nets because there are always a few inside the house, but I no longer have to spray the rooms down at dusk to keep them at bay. We just close the doors when it starts getting dark.


Nothing keeps out the spiders, centipedes, millipedes, beetles, cockroaches, ants, and flying insects of all kinds. They come in during the day. They squeeze under the door at night. They find their way between the edge of the ceiling and the wall. The crawlers come through gaps in the screens (the flyers have trouble finding those). (That's how the snake got in, too.)

I try not to expose us to unnecessary toxic chemicals. I really do. But there are no non-toxic, safe, or edible treatments to keep these bugs out of my house. They just don't work on this magnitude of bugs.


So every 6 months we pay a guy to come spray our house down. We're not talking baseboards and window sills, we're talking the entire floor, walls, and ceiling. Ok, it's a lot of chemicals. We stay in a hotel for a night or two while it dries and then come home to a houseful of bug carcasses.

It keeps working for the 6 months between treatments, though it less effective towards the end. I keep other methods on hand for killing bugs that take too long to die or aren't bothered by the dried treatment (like super tiny ants).

But mostly, the house treatment takes care of them, and I joyfully sweep up dead bugs every morning. 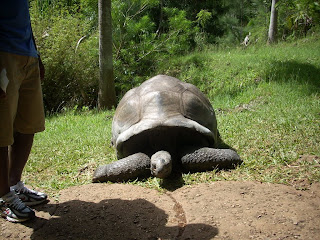