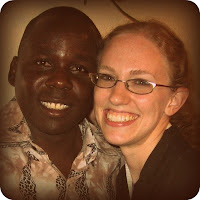 Rodgers grew up in rural Kenya. He had no chance of going to high school until a Sunday school class from Houston, paid his tuition to Mombasa Baptist High School. While he was there, one of his teachers was a 2 year missionary from Texas named David. Many years after returning to Texas, David invited Rodgers to come to Texas and work at Camp Tejas for the summer of 2003. 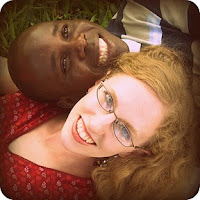 I (Rachel) have lived in Texas most of my life. In the summer of 2003, I was between my junior and senior years at UMHB in Texas. My sister got a summer job working at Camp Tejas. She was the youngest summer staff and Rodgers was the oldest. One weekend I went to visit Claire at camp. Rodgers and I met that weekend, and I thought we'd never see each other again. However...

Rodgers kept coming back to Texas! We became friends. Although no romance blossomed for quite some time, I always thought he would make an excellent husband! (And I was right, by the way.) 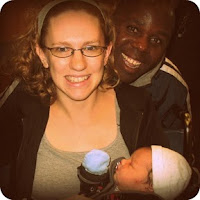 March 2006, he called me and asked if he could call me every day so that we could become better friends. Then, it was a long-distance relationship of epic proportions.

Five months after the phone calls started I left the country. It had already been planned for about a year, so it was not unexpected. For a whole year, we were 11-14 time zones apart. Even when I was back in Texas, we were still dating long distance. Texas is big.

In November 2008, we got engaged, and we lived in the same town for the first time, about 5.5 miles apart! We got married outside the following March on a chilly, drizzly day in Brenham.

Six weeks after the wedding, we found out we were going to have a baby! It was quite a shock, but a very pleasant surprise. Nathanael Joseph was born January 15, just 10 months and 1 day after our wedding day. Benjamin Richard, who was not so much of a surprise, was born 20 months after that, on September 15.

We have established an organization called Maisha Kamili, which reaches out to orphans in coastal Kenya. Among other things, we help them with education sponsorship. Maisha Kamili means "full life" in Swahili, and it is our goal to to help them reach a point of having the full life Jesus talks about in John 10:10. Ultimately, our vision is that they would experience hope for the future through a relationship with Jesus. 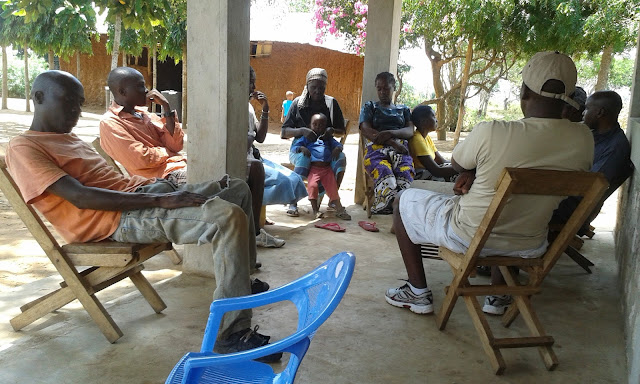